Good grief what  a horrible weekend. I’m finally in the right state of mind to start up the reviews again, and I’m sorry about all the delays. Level E and Hetalia will get two-episode batch reviews soon.
My heart goes out to all those affected by the earthquake and tsunami in Japan, I myself being somewhat personally affected due to the lives of my friends living in or near the disaster-zones being put in danger. All I can really do is wait and hope and pray and donate to the many charities that are offering relief.
It’s times like this that you really need cheering up, although Madoka Magica is probably not really high on the list of anime you should turn to if you want cheering up. Doesn’t mean it wasn’t a great episode though.

Finally, here is the episode that reveals everything, especially in regards to Homura, whilst also proving right some of the specula that have been floating around for quite a few episodes now. Homura is, indeed, a time traveler from an alternate future who has, indeed, come back to stop Madoka from making a contract with Kyuubey. To be more precise, the ‘original’ Homura was an adorable moeblob who always felt completely useless, and felt her existence validated when she met the strong and outgoing Madoka. She soon finds out that Madoka and her friend Mami are secretly magical girls, with Sayaka and Kyouko in their team as well. But when everybody, as per Kyuubey’s plan, dies horribly, Homura finaly decides on her wish – to be able to go back in time and ‘redo’ her meeting with Madoka, to be the one to protect her instead of vice versa. Which she does. Many, many times, right up to the current timeline the story takes place in, but the outcome is always the same, and Kyuubey’s plan can not be overcome. 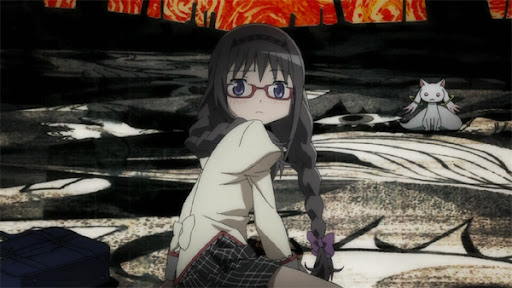 I’m not sure which version of Homura I prefer, to be honest, they both have their own charms. 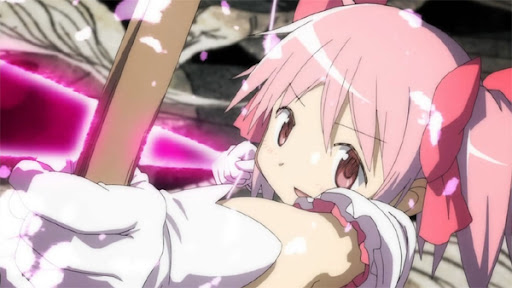 I’m so glad Madoka got (had?) a bow and arrow, that’s awesome. 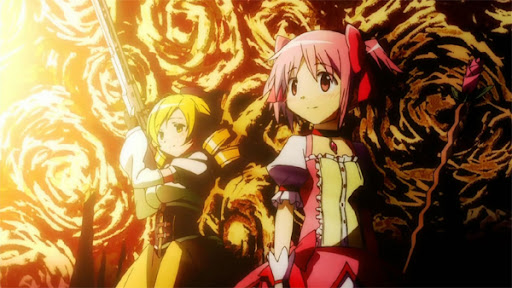 …I was so happy to see Mami again;; 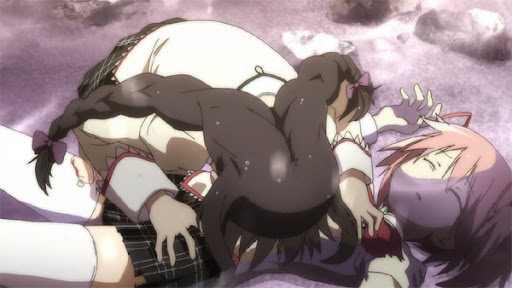 this whole episode was just made out of tears, basically.

This episode was freaking incredible, and it’s really no wonder fans are hailing it as the greatest so far. Whilst nothing about Homura trying to prevent a terrible future that had ‘already happened’ came as a particularly big twist for the more specula-inclined fans, I don’t think many were expecting past (future?) Homura to be so freaking adorable. At least, I certainly didn’t. Nor did I expect the events to fold out the same way they did, with the girls all part of some happy magical girl team as if it really were the Pretty Cure Happy Fun Times the opening suggested.
The amount of emotion packed into these 20something minutes was nothing short of incredible. Homura’s feelings of loneliness and inadequacy, her horror at the other girls’ deaths, the girl’s despair when they realize what their true fate is (as well as Mami’s sudden insanity), but most of all, Madoka and Homura’s desperation, all come through brilliantly. Watching the transformation Homura undergoes to become the seemingly cold person she is ‘now’, and seeing how much pain she has been through all for Madoka’s sake, was heartbreaking. This is easily one of the most emotional and moving anime I’ve ever seen, and this episode also made Homura my favourite character. (Previously, it was Mami. It sure was nice to see her again, even in a kind of flashback form, but she was a little crazy and not quite as likeable as before. Not that I can really blame her; how Homura manages to stay so (relatively) composed in front of Kyuubey is the real mystery. 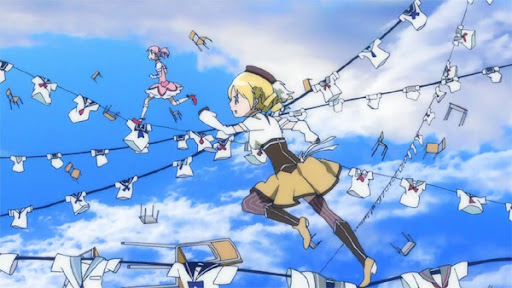 SO QUALITY. It didn’t look this bad in motion, trust me. I just wanted to get that trippy ‘scene’ they were in. 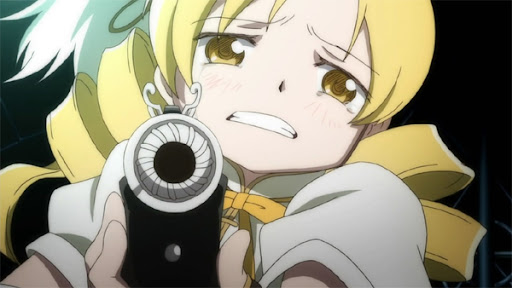 But yes. Completely out of tears. 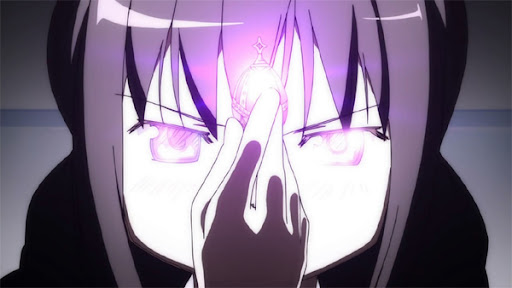 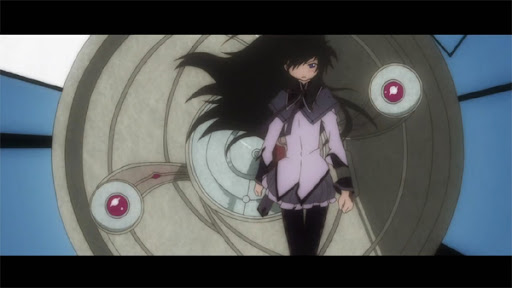 …it’s a pity her costume is probably the least interesting, though.